One of the (many!) lovely things about Vinings Natural Health Centre is the range of treatments and therapies you can enjoy under one roof.

Often, there is more than one approach to a particular condition or issue, and we are holding a series of informal talks over the next few months to highlight this aspect of our work. In each case, two of our practitioners will talk about their approach to the same issue. 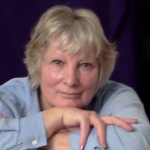 Nutritional Therapist Darshika Bower (left) will show you how you can kickstart your health, energy and weight loss through eating foods that balance your blood sugar.
Hypnotherapist and Past Life Regression Therapist Judy Sharp (right) will outline a more alternative approach, including Hypnotic Gastric Banding.

Places for the talk are limited, so if you would like to come along, please contact Darshika or Judy to book your place – there’s no charge, we’d just like to know how many (healthy) refreshments to provide!

We look forward to seeing you there!

Vinings Natural Health Centre is located in Church Road, Haywards Heath, just behind the M&S car park at Orchards Shopping Centre. We share an entrance with Clover Court Retirement Flats, and have our own car park for clients. 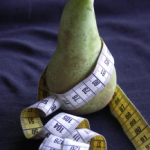 Bariatric surgery is weight-loss surgery: the term covers a number of procedures, the most common of which are gastric by-pass and gastric banding. This is currently available on the NHS to treat people who have a body mass index (BMI) of 40 or above – there is a move to have this reduced to 30. Those who have a BMI of 35 or higher and also suffer another serious health condition such as diabetes can also be considered. The operations can also be carried out privately. Typically having a hypnotic gastric band fitted would cost between £5,000 and £9,000, and a gastric by-pass operation would cost anything between £9,000 and £15,000. A gastric band operation is used to reduce the size of the stomach so that not so much food is needed to make you feel full. Imagine your stomach as a figure 0 – when the gastric band is in place it becomes a figure 8 with the top section smaller than the lower section. The top (smaller) section becomes your whole stomach, so of course it does not take as much food to fill it up. In a gastric bypass operation, tubing by-passes past most of the stomach so that less food is actually digested – but this also means that the body cannot extract and process the vital nutrients in the food that is eaten, meaning patients have to stick to a very strict diet with vitamin supplements. There is no doubt that both procedures are very effective and patients can lose up to 1/3 of their total body weight in a matter of months. However, this creates a separate problem – how to cope with the rolls of flab that are left hanging, primarily over the stomach. In many cases a second operation is required to cut this away. The side-effects of such operations can include blood clots and internal bleeding. Interestingly, on the NHS website, it also states that certain conditions including depression will not necessarily be improved by having such surgery. The “fitting” of a hypnotic gastric band is a non-invasive procedure that is done while the client is in a deep state of relaxation rather than under an anaesthetic. I only “fit” a hypnotic gastric band after several sessions with the client in which we uncover and resolve the real underlying emotional reasons why he or she is holding on to excess weight in the first place. It could be for comfort or protection against traumas such as childhood abuse, broken relationships, bullying at home, school or in the workplace,  or even termination of a pregnancy. Once the emotional onion has been peeled, and all of these issues have been dealt with and laid to rest, the client no longer needs that comfort or protection, and is ready to let go of the excess weight. Then – and only then – do we discuss whether he or she actually needs a gastric band at all. If the answer is yes, then it is a normal session where the client goes through a virtual operation, so to speak, from being in a comfortable private hospital room to having the pre-med, then being wheeled into the operating theatre, having the anaesthetic, then the gastric band is fitted, back to the room, come back and all is well.  That is, of course, a simplified version. The client’s unconscious is convinced that there is a real gastric band in place and therefore programmes the physical body accordingly. It is safer, simpler – and far more cost-effective than going under the surgeon’s knife. If you would like to know more, contact Judy Sharp, hypnotherapist at Vinings Natural Health Centre on 07597 020 512 or go to:  www.effective-hypnotherapy.co.uk . 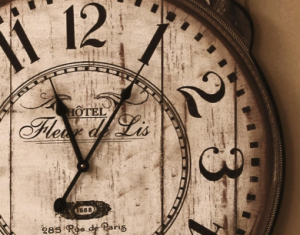 This is the time of year when New Year’s Resolutions abound – losing weight, stopping smoking, doing more exercise – you know the sort of thing. Most people join a gym for all of a couple of months before giving up. Would-be non-smokers may try all sorts of sprays, gums and other remedies – but still the temptation is too strong. Hypnotherapy works to effectively “re-programme” old habits and establish fresh, healthier habits in the unconscious. For those who want to lose weight, I honestly believe the secret is in uncovering the real underlying emotional reasons why you are holding onto that excess weight in the first place. This could be due to any number of reasons in this life – or even a past-life trauma. Whatever the root cause, we will find it and, more importantly, resolve it, allowing you to move on with your life. And if the solution is a Hypnotic Gastric Band – I can do that too. It is non-invasive, safer, quicker and easier than bariatric surgery – and far more cost-effective too! So whatever your new year’s resolution – the answer could well be hypnotherapy! Judy Sharp, Hypnotherapist and Past Life Therapist at Vinings